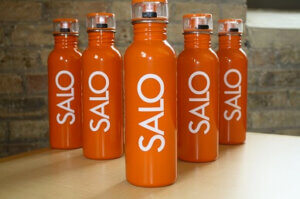 Staffing Industry Analysts releases its 2009 list of the Fastest-Growing Staffing Firms in the United States. At #23, Salo, LLC is the highest-ranking Minnesota firm on the list. This is the firm’s second year in the nationally-recognized report.

Each year, Staffing Industry Analysts compiles a ranking of fastest-growing staffing firms based on a survey completed earlier in the year. The rankings are published in the July issue of the Staffing Industry Report and are based on the compound annual growth rate of U.S.-based companies.

“Making the Staffing Industry Analysts list of fastest-growing companies for the second straight year is quite an honor,” says Scott Webb, Managing Director of Salo Project, LLC. “This achievement is one of many acknowledgements our company has received over the past several years, and it represents another milestone in our goal of being the most highly regarded company in the staffing industry.”

This year’s list of fastest-growing staffing firms, or the 25% Club, includes firms with compound average annual growth of 25% or more between 2004 and 2008. The companies on this year’s list posted median annual compound growth of 38.8%.