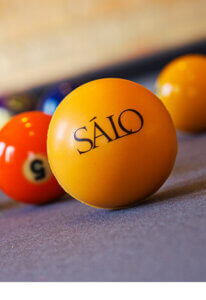 John Folkestad and Amy Langer of Salo, LLC., took home the “Emerging Entrepreneurs of the Year” award at the prestigious Ernst & Young Entrepreneur of the Year ceremony. Salo, the leading Twin Cities provider of contract placement and direct hire for high-level finance and accounting roles, won the coveted award Tuesday night, June 6, 2006, at the Minneapolis Marriott Center during the 20th anniversary year of the event. John and Amy’s win again confirms that their strategies to combat the “war on talent” is working for companies that want to run leaner and for Salo consultants, who now number more than 160, but who are also in extremely short supply for the future due to the dearth of those entering the profession and the exist of many baby boomers into retirement.

Bill Miller, Partner with Ernst & Young noted, “The Emerging Entrepreneur Of The Year recognizes a company that has demonstrated innovativeness and creativity in building a business in its first five years. The judges saw that both John Folkestad and Amy Langer had a unique approach to temporary staffing and the vision to create Oberon in the executive staffing space. We are proud to recognize their accomplishments and look forward to their achievements in the future.”

Salo continues to dominate its industry locally with revenues of $21 million in 2005 and projected growth to $35 million in 2006. It also has created new, parallel affiliate businesses that are based on the Salo model. In April 2006, SALO started Oberon, a Human Resource professional talent service for senior-level project and interim assignments.

When Salo co-founders John Folkestad and Amy Langer started the company during an economic downturn in October 2002, the expression ‘War for Talent’ was barely on business radar screens. Smart companies knew it was coming. Salo staked its future on it. Today the talent war is on in earnest at nearly all levels of upper management, from the executive office to the ranks of CFOs, senior budget analysts, Human Resources and others. And the marketplace has proven that Salo is leading the way.

According to the Association of Executive Search Associates (AESC), 50% of the Fortune 50 alone will lose half of its senior management to retirement by 2011. Salo along with Oberon are uniquely capitalizing on the Baby Boomer drain and other major trends in the economy and workplace by showing companies how to fight the talent war. The award this year underscores how important these realities are in the workplace.

“We are thrilled with this recognition and honored to be recognized in this benchmark year for the Ernst & Young Entrepreneur of the Year,” notes John Folkestad, co-founder of Salo with Amy Langer. “It validates that our business model is sound, our expansion into other categories with Oberon is right on track and that our peers recognize our strengths and innovations.”

“The ‘Emerging Entrepreneur of the Year’ award affirms Salo’s brand proposition,” says Amy Langer, co-founder. “Salo stands out in the crowded space in which it competes by creating more value more value for the companies serve and more value for the candidates they place. For companies, we’ve delivered just-in-time staffing at a moment’s notice, giving them the flexibility they need and the kind of strategic thinkers who can execute on either an interim or a project assignment to compete in a fluid and global economy.

“For candidates, we’ve crafted a personalized and more professional contract employment model for senior level accounting and financial professionals. These professionals can now enjoy the full benefits of a conventional position with the freedom to work when and where they want. Salo pays keen attention to placing consultants at the appropriate level which allows consultants to gain new skill sets and more business acumen with every new placement.”

For two decades Ernst & Young and the Entrepreneur Of The Year awards have honored entrepreneurial men and women and the companies they build and grow. From the first program in Milwaukee, Wis., in 1986 to 26 regions in the United States and 35 countries throughout the world, Ernst & Young have recognized the vital contributions of entrepreneurs the leaders and creators who build and sustain world-class businesses that are a testament to vision, leadership, achievement, and social responsibility. The award has chronicled their capacity to transform entire organizations, create new products and industries, enrich individual lives, and contribute to the vibrancy of national economies.

The Ernst & Young Entrepreneur Of The Year awards program celebrates its 20th anniversary this year. Awards are given to entrepreneurs who have demonstrated excellence and extraordinary success in such areas as innovation, financial performance, and personal commitment to their businesses and communities.