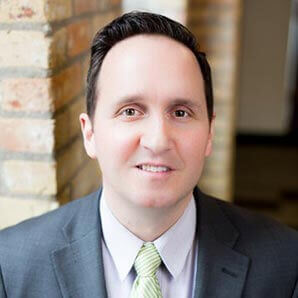 It’s rewarding when I call a client and they tell me they couldn’t do their job without our consultant. That adds value in a really meaningful way.

Richard Walch, Business Development Director, built a successful career in corporate finance and accounting. As he approached a landmark birthday he began to consider how he could apply his strengths to drive his impact yet further – enter Salo and a career pivot to a brand new role.

We sat down with Richard to learn more about his first six months in his new role.

I started my career in the Audit practice at Deloitte – there I earned my CPA license. I then worked at a commercial architecture firm in a project accountant role. Following that, I moved to Ameriprise, where I was part of their Finance team for almost seven years.

What attracted you to Salo?

It was the year of my fortieth birthday, and I was ready for a change. I tended to be people-focused, preferring tasks that required managing or interacting with people. I ended up starting at Salo two days after my birthday!

Salo’s success has been the result a strong work ethic and authentic relationship building, and that’s also how I’ve operated in my career. The culture is pretty exuberant here — there’s literally a gong in the middle of the floor. Salo is very client-focused and results-oriented. My team is experienced, and it’s exciting to join a dynamic pro team.

There is often an earning cap in corporate finance which can be both a feature and bug – it all depends what you’re looking for. It can mean there is lower risk but there also can be less “upside”. I was curious about what that upside compensation opportunity could be with a sales role.

What was it about the BDD role that you found interesting?

The people focus – I’m a natural connector of people. (For example, I enjoy being the commissioner of my fantasy football league!). So the opportunity to use that strength in developing my career was appealing.

The other compelling aspect of this role is the entrepreneurial hook—you’re given a book of business and with a couple exceptions, it’s your book to grow. Your success is driven by your performance. Your impact is far easier to track than in a corporate environment, where it’s hard to know whether your work drives business results. At Salo, it’s very direct.

What questions did you have to face as you considered your new role?

One key question was how I would influence others to create an impact in a new environment. What I found was that Salo has a culture of professionalism and discipline – if you do the outbound work, you will see the results downstream. My biggest revelation was seeing that my peers who consistently hit the highest outbound activity metrics were also the ones who generated the best results. There is a direct mapping

What’s been the most surprising thing about the first few months in your new role?

I did wonder how I would sustain my drive: What if I’m not ON? What if I’m not feeling it one day? So, on my commute, I listen to Metallica and drink a couple cups of strong coffee and I’m in, bam! I balance this with actively working to transition to my home and family life at the end of my working day.

Also, I knew I would do my best to create a greater impact but I didn’t appreciate how much clearer my view of that impact would be. This is helped by having more tangible day-to-day goal setting than I had previously. It is rewarding when I call a client and they tell me they couldn’t do their job without our consultant. That adds value in a really meaningful way.

What new skills have you learned?

Primarily sales. My leader provides the perfect balance of supervision and check-ins and guidance and feedback with hands off. There’s also a strong culture of mutual support across the entire team and a focus on learning by doing.

What qualities do you think a good BDD has?

A successful BDD is driven, ambitious, tenacious. You also need to enjoy having fun while solving complex challenges! Salo really celebrates a duality between individual performance and a highly collaborative, creative team.

Find out if being BDD is the right fit for you.

Connect with Richard Walch on Linkedin.