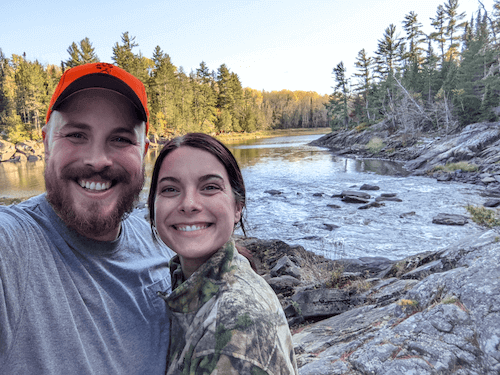 Kevin Boegeman says he may not be your stereotypical accountant. For one, he considers himself a people person. And he’s realized he doesn’t always have to have the perfect answer. Turns out, that makes him a great consultant.

When it comes to Salo, Kevin Boegeman knows the ropes. All told, he’s spent about five years as a Salo consultant in different capacities.

First, he was part of Salo Compass™, a rotational program that helps public accounting pros transition to industry. After taking a permanent position on a corporate accounting team for two years, he returned to Salo as a Salo Expert™ consultant.

Before Compass, Kevin worked at a public accounting firm where growth was becoming a challenge and the work started to feel repetitive. “Tax season can get to you after awhile,” he says with a laugh.

Compass offered him the opportunity to see what else was out there for accountants like him— someone with the “it” factor who hadn’t yet found his “it” role. “Compass allows you to try a bunch of different things. So even if I didn’t know what I wanted to do, that was the place to be,” he says. With the program’s built-in rotational experience, he got a look at what he wanted (or didn’t!) as a result.

After Compass, Kevin took a permanent role. At his new company, he discovered that to move up he had to do good work and “play the game and company politics.” As someone who thrives on independent thinking and merit-based rewards, this felt disorienting. “I felt like I had to be manipulative, and that it was a zero-sum game where someone had to lose. This caused a lot of stress,” he says.

So, two years later, he returned to Salo to consult full time. “I like meeting new people and doing new work, and this felt like a merit–based approach,” he explains. “I get to come in and do good work, and I can leave the stress at the door. I can sincerely help a client and not have politics get in the way.”

The right answer could be right in front of you

Kevin says the unknowns of consulting can feel intimidating to a lot of accountants, who pride themselves on always being prepared with the right answer. But, he says, that shouldn’t stop prospective consultants from trying it out. “With Salo, I’ve worked on six projects, and in every project, I had the ability to do it, but I also learned a lot. Salo is able to put the right person in the right role. They’re good at placing consultants and clients are really understanding, good people. Everyone wants to see me succeed as much as I do.”

Plus, his full-time consulting role has allowed him to try out other career roles on the side.

“I have a tax business on the side. Salo has been really supportive, wherever my career may go. The marriage of the ability to be an entrepreneur and work with a historically successful company is really awesome.”

Kevin’s found the people-first culture of Salo drew him in. “I got to know Salo from the inside and their culture they have built: They are really true to their word. Other consulting firms plug you in, whereas Salo invites you to be a part of it.