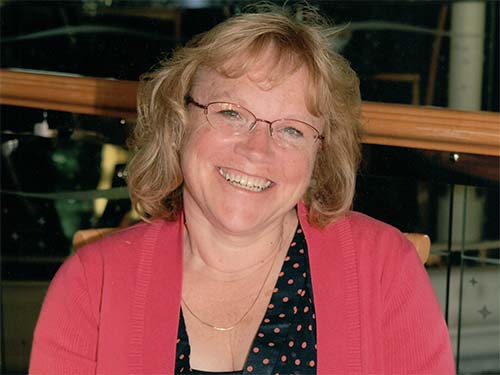 In the fall of 1999, Cindy Hromatka knew one thing: She was working too much, and not seeing her kids enough.

That’s when she decided to give consulting a go. Before that, she’d been working 60 hours a week as the CFO at an environmental consulting firm. “I knew I had also gotten as far as I was going to go,” she says. “And with the kids, I was missing too much.”

Cindy became one of Salo’s first consultants in 2002.

“I had talked to a couple of people who had started doing it. At the time, I was thinking I needed to get through a few years with my kids and control my work hours better. I was thinking it would help me get more experience for a future job,” she says. “But I quickly realized I didn’t want to be an employee. I was enjoying it. The market changed and consulting became considered more of a career.”

But now, those middle-school kids are not so little anymore. And Cindy is still consulting.

“The flexibility is still a huge factor. As a consultant, you generally set your own hours,” she says. That extends, she says, to planning vacations and days off, which don’t get denied anymore.

“I have control,” she says. “And now, as I’m nearing retirement, the flexibility of working part time is appealing, and hard to do as an employee.”

Consulting as a career

Cindy says some people still, 20 years later, ask her if she just couldn’t find a job. But, she says, consulting has been a fulfilling career in and of itself.

“I’m doing what I want to do and it pays well,” she says. She says this attitude is waning now that more people are full-time consultants, and she advises potential consultants to think of it as a career, not as a stepping stone into a company you consult for.

“You come in to do the work. You’re there to plug a hole or solve a problem—and your job is to make improvements and move on. It’s really satisfying. But you’re not there to create a job for yourself. You need to have that kind of mindset, otherwise the consulting world is not for you.”

The flip side is that also means you can sidestep office politics, reviews, and other entanglements that come with full time employee status. “It’s so refreshing,” she says. “You get to be above and outside of it.”

As it turns out, consulting isn’t lonely, either.

Cindy says she loves working on a team of people, and she feels a part of a network of colleagues that span both clients and the Salo team. “So much of Salo consulting work is project work and working as a team of Salo consultants. They’re such a good group of people to work with.”

And she says, the world is small—she runs into connections she’s made consulting over and over.

“I’ve kept in touch with many of the people I work with or run into,” she explains. “It has become such a great network. Some people think it’s hard to connect with people or get to know people as a consultant, but that’s simply not the case.”

She also has found that she has spent very little time on the sidelines waiting for gigs. Salo keeps her busy and many of her engagements get extended once she gets in her seat.

“You go into it with the right attitude, that you’re willing to work and do the job, and clients will see your value. You’re selling yourself if you go in with that attitude.”